This river stretches over from the Rhône Valley to the Mountain of Ardeche, where plateaux alternate with valleys. This country has often been illustrated by great artists, inspired by these large areas which make up a green and quiet Ardeche.

The Cévennes from Ardeche

Composed of fire, water, land and sun, the Cévennes from Ardeche open the doors of a preserved space in the heart of a welcoming and generous nature.
The case of the surrounding mountains opens on grandiose landscapes made up of light and subtle perfumes.
The old market towns, ancient villages, waterfulls, growing in terraces and winding roads, imprinted with men and nature, belong to this magical landscape with thousands of colors.

The Mountain of Ardeche

Water has entirely gained its place within mountainous reliefs of this area, where slow erosion has left generous beds to rivers. Lakes, natural and artificial, fill sleeping craters and give birth to somptuous spaces sculptured by the fire of volcanos which display surprising charms all year round.

From La Voulte where it follows the Rhône river down to the land of Intres near the Haute-Loire region, the Eyrieux river ploughed a blue furrow, prosperous and touristic, between the steep slopes of the heart of Ardeche.
Marked out with villages and sites herited from history and men, the valley of Eyrieux is a land of stamps, of freedom and sun where it is good to stroll.

Privas and its area

From the medium valley of Ardeche to the Rhône, the Privas region seduces with its softness of life, its mediterranean climate, its colourful villages and its large spaces of greenery. Theater of numerous religious wars between Protestants and Catholics, the past of the area discloses its interest through numerous spots and historical monuments
Privas, prefecture of Ardeche and world headquarters for the making of the famous " marron glacé ", enjoys the title of the outstanding site of taste..

Known for its mediterranean climate, the Southern Ardeche is a place of pleasant journey where beautiful beachs make the joy of swimmers, fishers, amateurs of canoe-kayak. Rivers surrounding gave birth to an authentic natural spectacle : caves, swallow holes but also the Gorges, and the Pont d'Arc are as many natural and exceptional treasures. 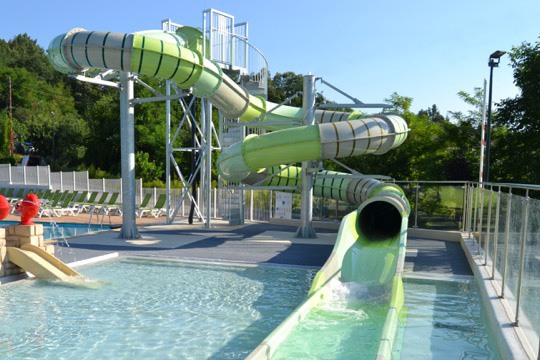